Hey Jerry, Play me some of those "boogie" tunes!

Being fortunate to live near the beautiful quaint city of Gadsden, Alabama I have been granted the good fortune to meet and chat with Jerry "Boogie" McCain, an internationally known singer/song writer and amazing harmonica player. Local to Gadsden, he could often be found at the "First Friday" events in the downtown area always playing, dancing and singing to entertain the crowds. I would sit for hours watching him perform and was able to photograph him during his performances. I often stated I hoped I was as agile as he was when I reached 80 years old.

Wednesday, Boogie left this world at the age of 81 years old after three weeks in hospital. It pains me to know I will never hear his harmonica humming or his bluesy mellow voice singing his "boogie" tunes again on this earth. But maybe..... if I listen real close...... I can hear the party going on in the Heavens above as Boogie entertains the angels gliding across the firmaments playing his mouth harp like no one else on earth ever could or will again. 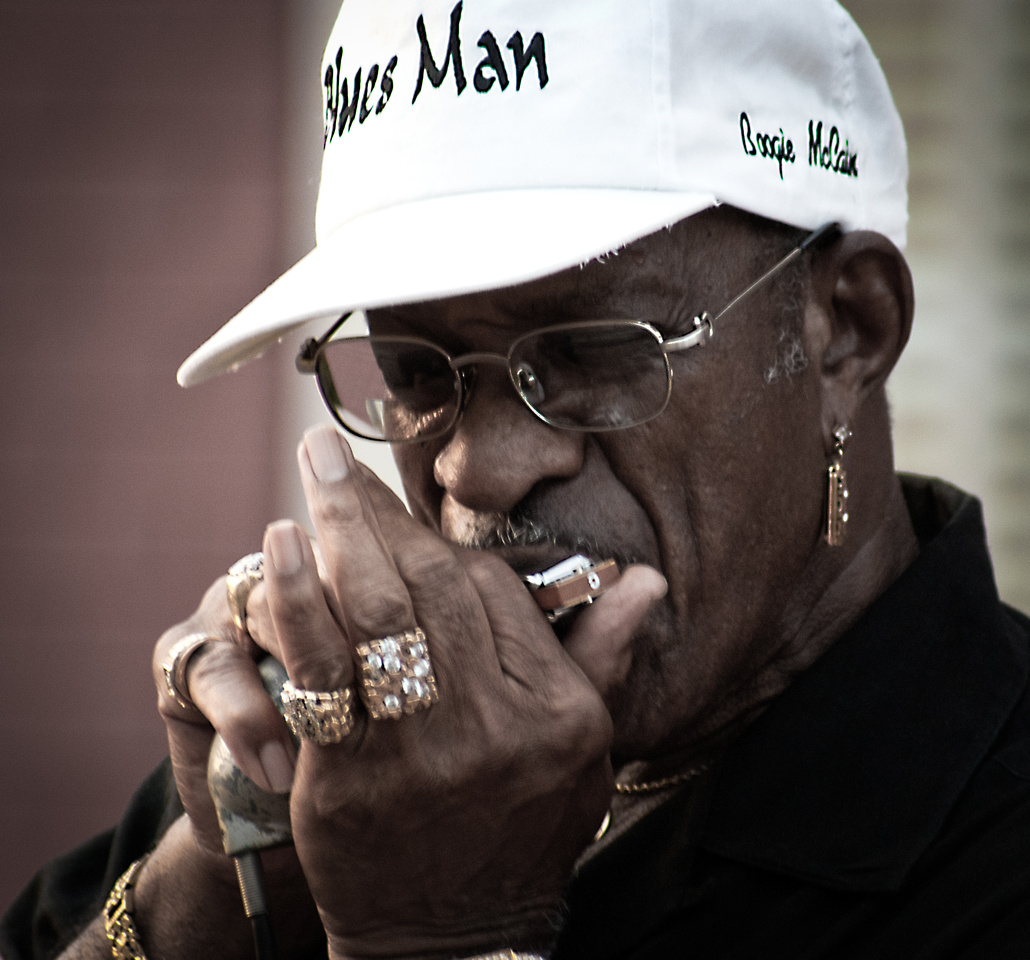 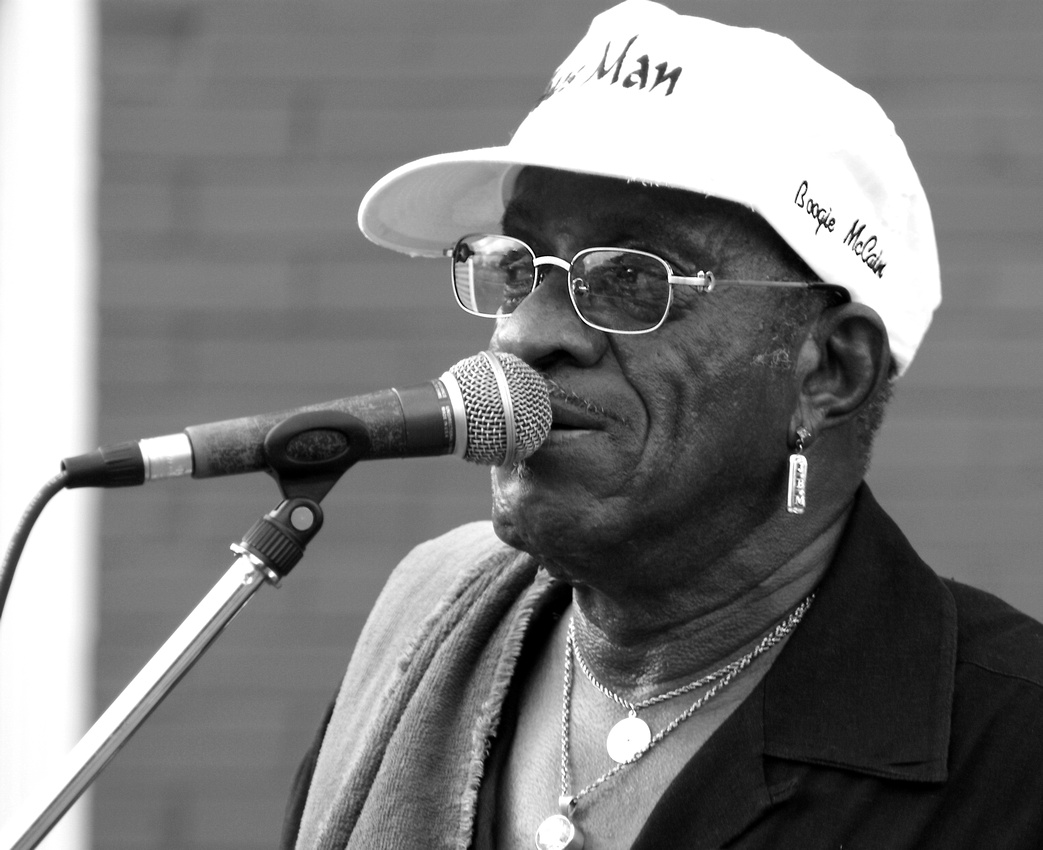